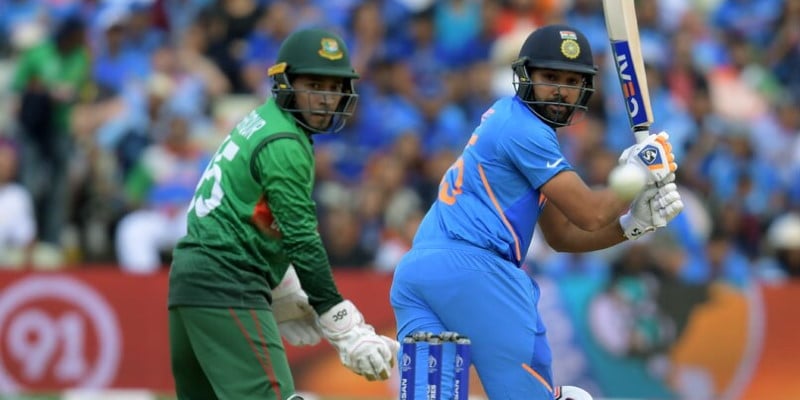 The Bangladesh tour of India 2021 has been confirmed where both teams will participate in multiple ICC events. While there are no bilateral series happening for both teams in 2021, both teams will face off each other in Asia Cup and T20 World Cup.

India and Bangladesh will meet in the upcoming Asia cup in June 2021. India are the defending champions whereas Bangladesh are the runners-up of the Asia Cup 2018. There has always been competitive cricket between these two teams in Asia Cup tournaments.

India and Bangladesh are two neighboring countries with strong bilateral cricket relations for the past 31 years. Whenever these two teams play, the excitement level in fans (especially Bangladesh fans) is very high and sometimes the fans become emotional with the results of the matches.

The first match between these two teams was played in 1988 at Chittagong. As Bangladesh wasn’t an established side in the early 90’s, they weren’t able to defeat India who had already won the 1983 world cup. Finally in 2004, after 16 years Bangladesh managed to defeat India at Dhaka.

India vs Bangladesh head to head in Tests

Bangladesh after getting test status by ICC in the year 2000, played their first test against India in December, 2000. India and Bangladesh have play 11 test matches and till date India has remained undefeated against Bangladesh in this particular format. India has won 9 matches and drawn 2 matches in 20 years of test cricket between these two test nations.

In November 2019, India hosted its first day and night pink ball test match at Eden Garden. It was an historic event for India cricket, so the entire city was decorated with pink colour and legends of both the teams came to watch this historic test.

India vs Bangladesh head to head in ODIs

India and Bangladesh have played 36 One-day internationals in total from which India has been the dominant side by winning 30 matches.

India defended their lowest ODI score of 105 in the match against Bangladesh. India bowled out Bangladesh for just 58 runs courtesy Stuart Binny’s best figures of 6 wickets for 4 runs.

India vs Bangladesh head to head in T20Is

India played its first T20 match against Bangladesh in 2009 World Cup at Trent Bridge. Out of the 10 T20I matches played so far, India has once again dominated with 9 wins over them.

India despite being a dominant team against Bangladesh in all three formats, there were few instances where the Bangla tigers had given India a tough time in a couple of matches.

As mentioned earlier, Bangladesh won their first ODI match in 2004 Dhaka. Bangladesh had put up a modest total of 229 runs and didn’t allow India to score the target. Eventually, Bangladesh won by 15 runs.

The World cup T20I between India and Bangladesh was one of the most popular matches in T20I history. India had scored a decent total of 145 runs. Chasing this total, Bangladesh required 17 runs in 12 balls. Bangladesh had nearly won the match as Mushfiqur Rahim scored two consecutive boundaries in the last over taking the required equation to 2 runs in 3 balls. But then an exceptional incident had happened as two set batsmen got out in 2 successive deliveries.

It was left with the last ball and 2 runs required, the striker had missed the last ball and non-striker ran the bye run to tie the match but MS Dhoni was quick enough to directly hit the stumps to run-out the batsman. Eventually, India won the match by 1 run and registered their closest margin victory in T20I’s.

Dinesh Karthik played a binder innings of 28 runs in 9 balls. 34 runs were required in 2 overs and then walked in Karthik. He started playing shots all over the park and eventually five runs were required off last ball. Soumay Sarkar bowled a low full toss outside off-stump therefore DK played a shot to the extra cover and the ball landed just a few meters outside the boundary.

With that six the crowd went bizarre as they were shocked to see India’s win from a losing position. All the players came running towards DK in joy as India won from an impossible situation.

When does the IND vs BAN series begin?

In 2021, India and Bangladesh will face off in Asia Cup and then the T20 World Cup. The bilateral series between the two teams is schedule for early next year.

Both India and Bangladesh will play multiple T20 matches during Asia Cup and T20 World Cup this year.

What are the series Venues for India vs Bangladesh?

All matches between India and Bangladesh will take place in India since both ICC events are hosted here.

You can set reminder through our match calendar which sets match timings according to your time zone. Users need to add match timing through Google Calendar (Android/Windows etc) and iCal Calendar in Apple devices.
Back to top button
Close