According to reports: In 2020-21 Indian Domestic Season, the Ranji Trophy & Syed Mushtaq Ali T20 Trophy are the only two tournaments that will be played at senior level. Mushtaq Ali Trophy from 19 Nov to 7 Dec And Ranji Trophy 13 Dec to 10 Mar 2021. 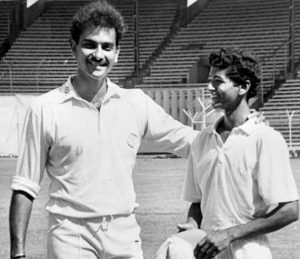 There are many ways to enter the Indian cricket team and these routes are decided after the best performance in domestic cricket. The most prominent in domestic cricket is the Ranji Trophy. Many  players of Team India have entered the team through this route. The domestic cricket structure in India, that we see today in its current state, has been developed in decades. That’s the reason why we see a fresh and talented bunch of pace bowlers in the international setup. BCCI has worked really hard by investing financially in the infrastructure, maintenance, finding/identifying talented players and grooming them up. This has also improved the standard of Ranji cricket throughout these years.

The Indian Cricket team started playing test cricket in 1933 at the time of British rule. The ‘Ranji’ trophy was started in the name of Ranjit Singh Vibhaji Jadeja as the team’s player and his skills. The Ranji Trophy was held for the first time in July 1934. The first match of the competition was held on 4 November 1934 between Madras and Mysore at Chepauk Stadium.

In the history of Indian cricket, Ranjit Singh was the first such player in the country, who got the opportunity to play in the England cricket team.

Playing Ranji as a ticket to Indian Cricket team

Not all the players get to play for the National team. It is difficult for the selectors to short-list a bunch of players for a big lot of Ranji teams (38 in total). There are players like Amarjeet Kaypee, Wasim Jaffer and Amol Muzumdar who have spent ages in Ranji cricket but never played or played very little for the national team.

Nowadays, people say that IPL is the platform to perform and impress the selectors but that isn’t true. You become a promising player with raw talent by brilliant performance in IPL. The player is then pushed to domestic cricket (Ranji) and there the raw players are converted to experienced players and catch the eyes of the selectors.

IPL is not always the initial path of journey to Indian team. The nourishment starts from under-14, under-16, under-17 and specially under-19. Playing under-19 world-cup is also the stepping stone for a player to reach the Ranji team, IPL and finally make a debut for India.

There are some talented players like Chetshwar Pujara, Mayank Agarwal, Hanuma Vihari who played less IPL games but made their way into the team via test cricket.

Ranji Trophy is also the platform for revival of their(players) test careers. Players who are out of form at the international level can anyday come back and play the Ranji games to improve their ability, skills, work on their weaknesses, etc and afterwards make a comeback into the international arena.

Ranji Trophy Winners with most titles

Although there are 29 states in Indian there are 38 teams currently participate in the Ranji Trophy: Mumbai has won the most titles in the history of Ranji Trophy.

The following 38 teams currently participate in the Ranji Trophy:

BCCI plans to host the Ranji Trophy series from November 19. However, players participating in the IPL series, which will be held from September 19 to November 10, will not be able to play in the opening matches of the series due to reasons including quarantine.

How many teams are participating in this season?

A total of 38 teams are participating in the Ranji Trophy this season in 2020-21 that also includes 29 states and four of the eight union territories in India.

Are the Ranji matches telecasted on television?

More than 10 matches are played in a single day, hence it is difficult for the broadcasters to telecast so many matches. However, some matches of popular teams and the important matches like quarter-finals, semi-finals and finals are telecasted on television. You can watch the matches on Star Sports network, Jio Cricket or stream it live on hotstar.

How many matches will all teams play?

Do we see the audience in the stands?

Not really to be honest. Although the tickets are feasible or sometimes free of cost there isn't much of a crowd. Occasionally the fans come to watch the matches when star players like Rohit Sharma, Ajinkya Rahane, Shikhar Dhawan, Prithvi Shaw etc play for their respective state teams.